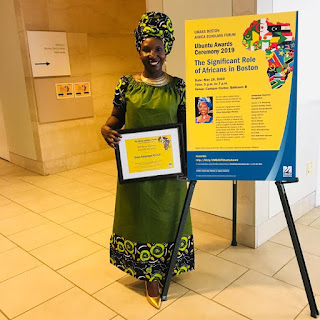 Beyond the image of mud huts and subsistence agriculture, ancient African Kingdoms, before they were overwhelmed by foreign entities, had structures and traditions that supported social, economic and political activities. These indigenous institutions and systems served to protect the interests of the people. Even with migration within and out of the continent, Africa’s image is been influenced by the crosscutting cultural practices that have been carried on by the various ethnic groups.

These practices are often rooted in “Ubuntu,” a foundational value for human interaction in the region, which has historically guided the way of life of the African People in conflict resolution, business negotiations and trade.  It is through Ubuntu – characterized by humanity, community, compassion, and restoration of human relations – that communities have historically managed good relations.

Over the years, communities on the continent have evolved from a somewhat communal way of life to a more capitalistic way of life. This has of course been influenced by the history of colonization, and the new era of globalization.  The continent of Africa, with its wealth of resources, has been a target of international interest for years.

Today, the demand for Africa’s resources and markets has led to a boom in the economic performances of the continent.  Africa is experiencing rapid economic growth through economic reform programs and the growth of mobile technology, remittances, banking, healthcare and energy reform in the region. This should be accompanied with investment in productive enterprise and human capital.

However, the continent is still struggling with inadequate health care, tax bases too small to finance budgets, aid that comes with conditions, and the introduction of invasive species to the natural habitat, such as the water hyacinth, believed to have been brought by Belgians to Lake Victoria as an ornamental plant, that has since impeded fishing and killed off fish stocks.

Another challenge, especially in conflict areas, is that of good governance – a critical requirement for development. The African Union has created innovative initiatives through its New Partnership for Africa’s Development, such as the African Peer Review Mechanism to encourage peer learning, sharing of best practices and identifying crosscutting issues in economic, corporate and political governance and socio-economic development.

I worked with the APRM and other NEPAD programs before moving to the United States, and observed recommendations being integrated into national development plans, but these processes are still developing.  All stakeholders should prioritize good governance, for the success of development initiatives.

The African Union categorizes the global African diaspora as the Sixth Region of the AU, and recognizes the contribution of the diaspora to the continent through remittances, but also the potential of the diaspora to help create what AU Ambassador to the US, Dr. Arikana Chihombori-Quao, calls “Wakanda Villages,” technologically-advanced communities in different regions of Africa, and to help the continent realize “Agenda 2063 – an integrated, prosperous and peaceful Africa, driven by its own citizens, representing a dynamic force in the international arena.” Understanding some of the challenges faced by the continent helps us to identify ways we can effectively intervene.

It is also important to understand the history of the diaspora in the United States, our contributions, and the challenges we face. After all, much of the foundational economic contribution to this country that laid the groundwork for the industrial revolution was through forced labor by enslaved Africans.

The earliest members of this segment of the diaspora did not have the luxury to create structures to support their own development, let alone the development of communities in Africa, but their descendants played significant roles in many aspects of American life, producing celebrities in the entertainment and sports industries among others.

Today, African-Americans are increasingly returning to the continent to visit, invest, and contribute, and Africans are coming from the continent to America willingly, whether for educational or economic opportunities or marriage.  But regardless of one’s history and how they got here, members of the African diaspora in the United States often face similar challenges in areas such as income equality, housing, and access to healthcare. We are keenly aware of these challenges in this region, since studies show that Massachusetts is the third most expensive state to live in, with neighboring Rhode Island and Connecticut also in the top 10.

As you probably know, there are many diaspora organizations in the area – perhaps you are already engaged in one specific to a certain country, tribe, profession, religion or interest. To create more significant impacts in community development – both locally, and on the continent of Africa – the diaspora needs larger, more inclusive groups with project-specific cohorts that can collaborate for change.

On that note, I would like to discuss Africans in Boston.

Africans in Boston is a 501(c)(3) non-profit that presents a unique opportunity for anyone of African descent in the New England area to mobilize, share resources, network, and share experiences, using the same platform. I have served on its management team since March of 2018, and will be passing the baton to a new Executive Director at the end of this month.

Living in this region, members of Africans in Boston face costs of living that are high in comparison to incomes.  Our organization works to empower the diaspora in the region to create structures and pool resources, support each other in an economically realistic way, improve the community’s way of life, and eventually play a role in development on the continent as well.  As an example, we have been exploring the creation of a diaspora-originated banking entity in the Boston area.

One key remaining challenge is to attract the different categories of diaspora such as African Americans, Afro-Caribbeans, Afro-Latinos and Africans from the continent to come under the same umbrella for large projects that affect us all.

All diaspora, in our respective capacities, share a duty to create a better future for Africa and its people.  What are some roles we can play?
How can the Africa Scholars Forum and scholars and leaders in global governance contribute?
I would like to end by urging us all to think critically about the continent of Africa and its people in the context of the past, the present, and the future; to come up with a great vision for the continent, make realistic and attainable development projections, inspire and motivate each other toward realizing this vision, be willing to collaborate, and guide all research and projects towards increasing human capital, marketability, accountability, access to energy, trade and holistic investment strategies that favor Africans in the diaspora and at home. Most importantly, let us continue to be guided by the principle of “Ubuntu.” 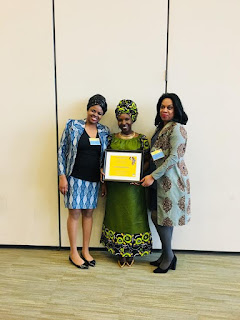 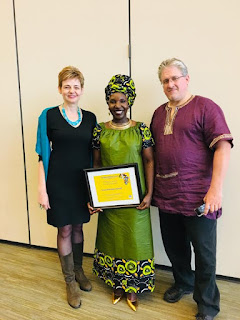 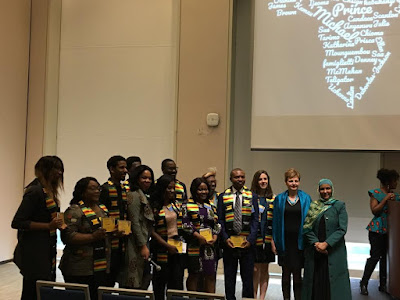 on May 23, 2019
Email ThisBlogThis!Share to TwitterShare to FacebookShare to Pinterest