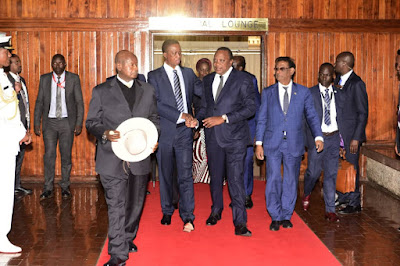 On July 17, 2019, the President of the Republic of Kenya, His Excellency Uhuru Kenyatta, officially opened the Source 21 High Level Business Summit and International Trade Fair of the Common Market for Eastern and Southern Africa (COMESA). Held at the Kenyatta International Conference Centre in Nairobi under the theme, “Powering Regional Integration,” the summit was also attended by the Presidents of the Republic of Mauritius, the Republic of Zambia and the Republic of Uganda.
Watch Episode
The COMESA Business Council organized the conference in partnership with national export promotion agencies and private sector associations from the 21 COMESA member states, together with the Kenya Association of Manufacturers, to promote manufacturers' competitiveness and value addition for quality industrial output, and advance cross border trade and inter-business linkages among members of COMESA.

Some members of COMESA also participate in the United States’ Africa Growth Opportunity Act, or AGOA. In my previous episodes, I have mentioned US goals for Africa, including the recent extension of the AGOA program to 2025. On the margins of the summit, Ugandan President Yoweri Museveni pointed out that Africa is not fully exploiting the opportunities offered by the United States through AGOA, to export over 6500 products free of taxes and quotas.

COMESA member countries were urged to tackle under-production and under-consumption to spur economic transformation through market integration, infrastructure such as roads and electricity, and other economic growth catalysts.

During the Presidential Public-Private Roundtable, the Heads of Government discussed stimuli available to help COMESA set the tone for the Africa Continental Free Trade Area, create opportunities for Africa, and shape the future of COMESA, and emphasized that Africa’s fragmented market must be integrated to encourage increased production and consumption of goods and services. 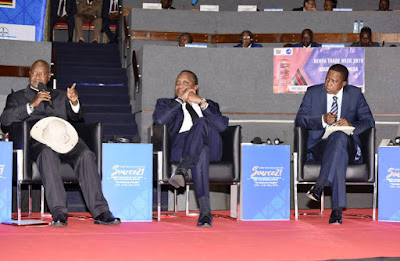 Leaders were urged to address shortcomings in infrastructure including transportation and electricity, develop human resources, and come up with innovative and practical strategies to promote industrialization and enhance trade in the region.

In my opinion, however, there are two points omitted from this conversation that would significantly contribute toward efforts to power regional integration and economic growth.

The first is that women working in emerging markets find it difficult to get investors and consumers to believe in their products, especially products that are not gender-specific.

It would therefore be ideal to advocate for women’s increased access to financial services at lower costs, and for a change in how corporate entities relate with African markets, and specifically with female entrepreneurs, content creators and technological innovators.

Second is the role of the diaspora in advancing COMESA, the AfCFTA and other regional development initiatives. The African Union has often recognized the African Diaspora as its Sixth Region, and a large source of revenue to the continent of Africa, through remittances and investments.

However, this recognition is often on paper, and there are evident gaps in the African leaders’ direct engagement with the diaspora in terms of planning for the continent and translating the plans into actions.

Africans in the diaspora have created platforms for sharing their common vision for a better Africa, and seek to bridge the gap with African regional bodies through meaningful engagement with representatives from the African Union, such as the African Union Ambassador to the United States, Dr. Arikana Chihombori-Quao.

Over the years, in my interaction with diaspora groups, academia and university groups, health care professionals, local governments, and foreign governments, technology and innovation has been one of the cross-cutting themes as a catalyst for economic growth and development.

There is an underutilized opportunity to collaborate with the diaspora who have access to resources for innovation that would boost regional investment and commerce. The diaspora can bridge the digital divide through strategic partnerships and collaborations.

It is exciting that the continent of Africa is making significant strides toward regional integration, but I would urge the leaders to tap into the Sixth Region, for a comprehensive approach to the integration.

For more about Africa, the diaspora and the connection to the rest of the world, visit us at www.africa2u.org or email me at africa2u.vivian@gmail.com. You can also watch our episodes on our youtube channel.